Home | Blog | In the Battle of the Bra Bulge, Can CoolSculpting® Help?

In the Battle of the Bra Bulge, Can CoolSculpting® Help? 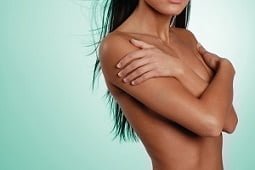 Many women suffer from the dreaded bra bulge: those unsightly lumps and bulges that just won’t seem to go away no matter how many quinoa salads you eat or early morning Pilates classes you attend. Now, a revolutionary new procedure can actually rid you of bra bulge once and for all—and it’s completely non-invasive.

CoolSculpting® technology was developed after doctors discovered that exposing fat cells to cold temperatures is a death sentence for those cells. This research was based on anecdotal evidence that children who ate a lot of popsicles would end up with dimpled cheeks.

Upon exploring this idea, researchers discovered that not only does extreme cold kill fat cells, it doesn’t cause any damage to nearby tissue. This led to the advent of cryolipolysis, the innovative process behind CoolSculpting®.

One of the best things about CoolSculpting® is that it achieves the goal of reducing resistant fat cells without the need for invasive surgeries like liposuction.

CoolSculpting® can also be ideal for treating the exact spots that are so hard to target with diet or exercise, like a double chin or bra bulge.

During the procedure, just the right amount of cooling is delivered directly to those stubborn fat cells. These cells, once treated, become crystalized and begin to die. During the ensuing days and weeks, the dead cells will be absorbed and eliminated through your body’s natural processes, leaving behind a more svelte and sculpted you—sans bra bulge!