The Fascinating History of Post Oak Boulevard in Uptown Houston 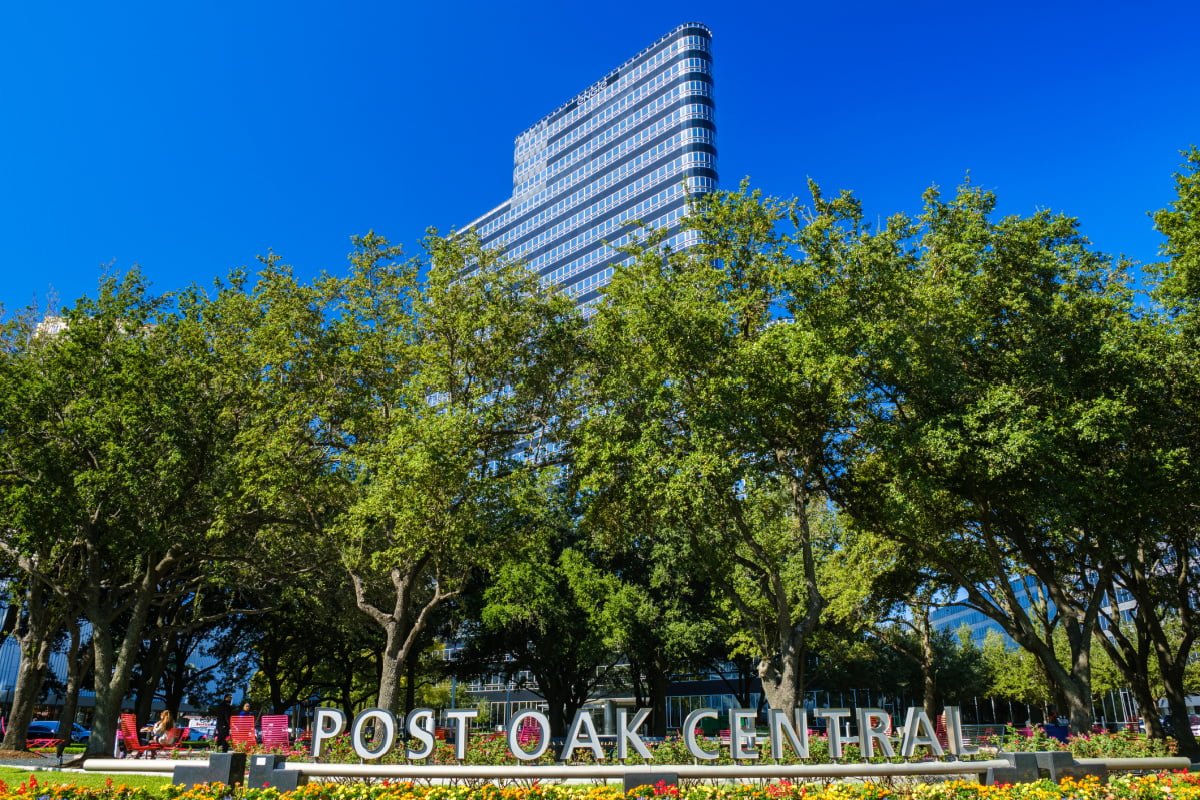 Can you believe that at one point in time this neighborhood was actually home to dusty farms, vegetable stands, and horse-hitched wagons?

Over a decade before Houston was officially founded in 1836, pioneers traveled the old San Felipe Trail through what is now the heart of Uptown. Immigrant families from Europe set up in the area’s rural farmland.

Houston suburbs were beginning to extend the cityscape into the surrounding prairies and farmland. At this time, Post Oak Road was centered around a simple two-lane asphalt road paralleled by drainage ditches.

Fun fact: Post Oak Road is named after a species of oak tree which are native to the region and used for making fence posts.

Commercial developer Gerald Hines opened his 600,000 square foot Galleria shopping center on Uptown’s remnant farmland, at the corner of Post Oak and Westheimer. It is rumored Hines lured the venerated Dallas-based retailer, Neiman Marcus, into taking a chance on the new location by giving them the land for free. The Galleria offers a myriad of retail and dining options ranging from upscale to regional chains, as well as a large indoor ice skating rink.

In 1981 “South Post Oak” or “Post Oak Road” officially changed its name to Post Oak Boulevard and continued its expansion with the installation of street lights, public art fountains and sculptures. By this time Post Oak Boulevard had evolved into a wide, six-lane road with a grassy median and scattered mixed-use development.

A collection of mid-rise office and residential buildings appeared, including the landmark Williams Tower (one of the world’s tallest skyscrapers outside of a central business district).

This era marked the continual improvement of Post Oak Boulevard with the addition of the iconic stainless steel arches and rings designed by CommArts (now Stantec). Much of the Houston Uptown streetscape is executed in polished stainless steel, artfully inspired by the technology and infrastructure of the state’s booming oil and natural gas industry.

In 2004, St. Martin’s Episopal Church, the largest Episcopal Church in the country, was constructed. Years later it would undergo a $66 million construction project that added more than 65,000 square feet in specialized ministry space.

In 2014, a Whole Foods Market opened at Post Oak and San Felipe. It features an in-house butcher, smokehouse, and brewery, which was the first of its kind in the nation.

Uptown’s remarkable changes over time were also finally documented in a 2016 PBS special, “Post Oak Boulevard: A Texas Legacy.” This hour-long documentary program, produced by the Texas Foundation for the Arts, highlights the area’s rich history and transformation.

In the fall of 2021, board certified plastic surgeon Dr. C. Bob Basu announced the expansion of his practice, Basu Aesthetics + Plastic Surgery, into a second location along historic Post Oak Boulevard. The new clinic is a spacious sun-filled suite surrounded by soothing views of trees and city skyline and offers a range of non-surgical medspa treatments such as body contouring, facial injectables, as well as consultations for surgical options with Dr. Basu.